Best Gay Date for The Oscars 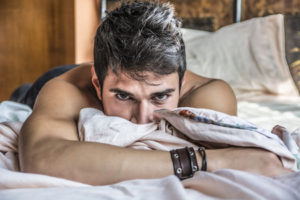 With the Oscars less than two months away, there is still time to plan and find the perfect date. This year’s event will be hosted by Jimmy Kimmel and is sure to be funny and enchanting. The Academy Awards are being held for the 90th time and there are some great films in the running. This can be a great date idea for someone you meet on our phone dating for gays chat line. It is even more amazing for movie fanatics and people that are passionate about some of the nominated films. Build into the event by watching some of the nominated films! Here are a few films nominated for this year’s awards:

The Post: This Steven Spielberg film has gotten a lot of attention, and for good reason. Tom Hanks and Meryl Streep are amazing in the film. Oscar politics aside, this is an all-star cast in a film that seems made for Oscar glory. It is set in the 1970’s and had a limited release, but is nationwide as of January 12th, 2018.

Lady Bird: Another film that is getting large amounts of critical acclaim is Lady Bird, which is about a teen that just can’t wait to get away from their Catholic school, overbearing mother, and the town they live in general. This is relatable on so many levels to so many people (at the very least conceptually).

Get Out: Smart satire is one of the best things ever, and Get Out has plenty of it. With horror trope elements also included, this film tackles racism and will appeal to large amounts of people. This film is already streaming, so it is great for a cheap (but engaging) date. There is a lot to talk about after this film concludes, which is amazing as well.

Whether you are looking to meet up with someone on the adult chat line or just want some great conversation starters, these movies are great to watch. Then, tune in to the Oscars to check out the winners! Call today to find that sexy date to watch the Academy Awards with today!

Fantasies Around the World Revealed on Gay Phone Chat

How Phone Sex Lead me to Meeting My Lover In-Person